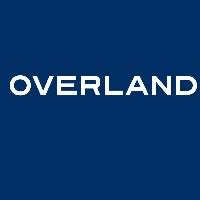 In 1984, Overland became a reality with three bike trips in New England. In the decades that followed, new destinations and activities were added but a common mission remained: to provide young people the chance to work together in small groups to accomplish something of importance to them—hike the Alps, work with an underserved community, master a new language.

Almost forty summers later, Overland has grown wonderfully but remains true to its original inspiration. Rock-solid values—teamwork and selflessness—imbue an organization where the standards are high, the expectations clear, the tone adventurous.